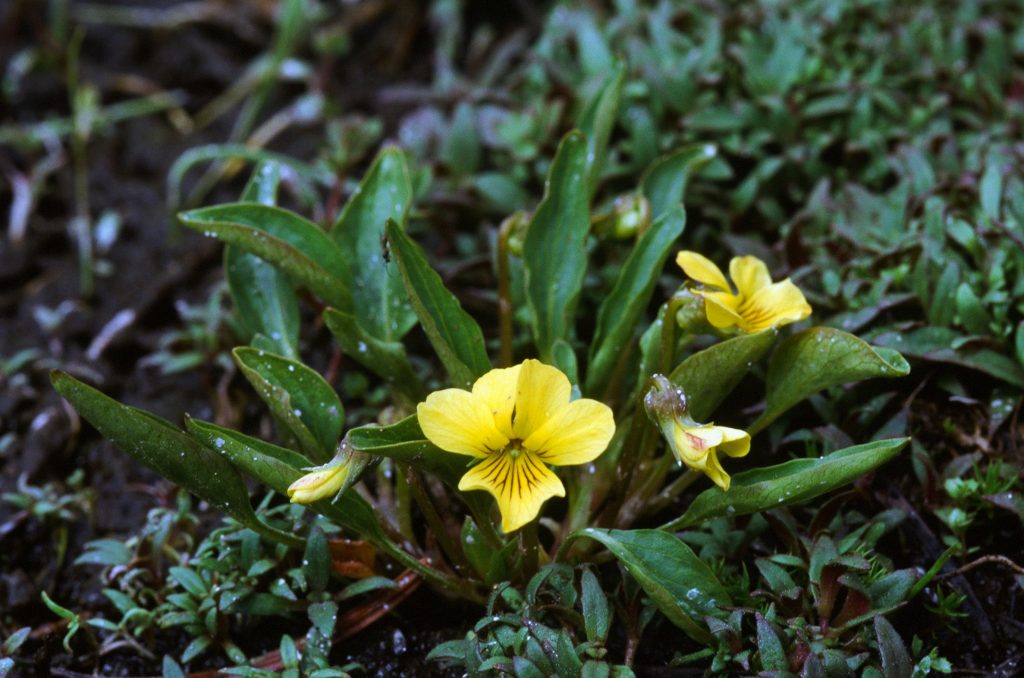 A dwarf, tap-rooted species with pale yellow flowers occurring from the upper altitudes of the Sierra Nevada mountains of mid-California, Oregon and southern Washington state. The green plants are more or less summer-dormant, growing as tufts of entire, lanceolate, glabrous leaves in open ground. It blooms at 6-7cm high, soon after the snow melts.

The rootstock branches at the top into persistent woody divisions. Densely-packed short, fat stems arise a few centimetres underground from the top of the vertical rhizome.

The flowers, are pale yellow on both sides, not having the rust on the back as in V. nuttallii, 1.5-1.6 cm. The front of the lowest 3 petals, including spur, veined brownish, lateral 2 petals glabrous near base, ovary glabrous. Flowering May-July, depending on altitude and the season. Triangular bracteoles, 0.25 cm long with a few glandular-tipped  fimbriae at base, wrap around the peduncles just below the middle. Peduncles 15–75 mm; green plus red, glabrous. Sepals and auricles 0.75 cm long. 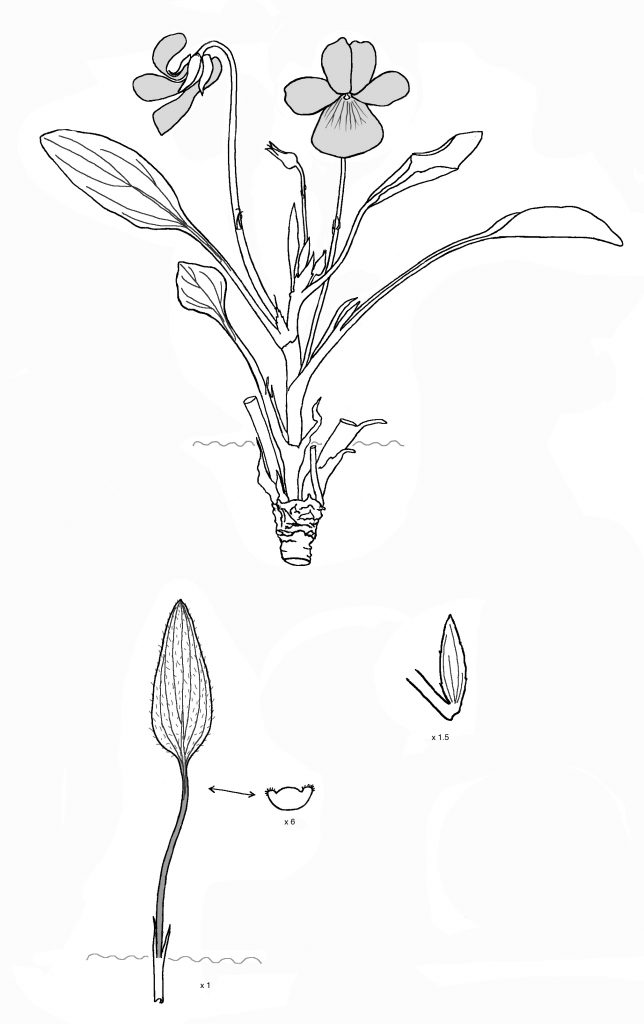 2N=8x=48 (polyploid) where x=6, the base chromosome number for section Chamaemelanium.
Chromosome analyses (TM, 2011) show that V. bakeri originated by inter-subsectional hybridization followed by allopolyploidy about 4.3 million years ago. The unidentified parents of the hybrid cross that formed V. bakeri before the alloploidy event were: a member of subsection Canadenses, one from subsection Chrysanthae, one member of the Nuttallii subsection and one maternal parent from Series Nudicaules. In addition to these each hybrid contained at least one homoeolog corresponding with the subsection to which it had previously been assigned based on ecology and morphology. This phenomenon of hybridization followed by alloploidy seems common within section Chamaemelanium and has occurred repeatedly in the last 9 million years for at least four other taxa (V. guadalupensis, V. douglasii, V. glabella, and V. sempervirens).
Each of the polyploids possessed at least one homoeolog derived from these groups and at least one corresponding to the subsection to which it had been assigned based on morphology and ecology.